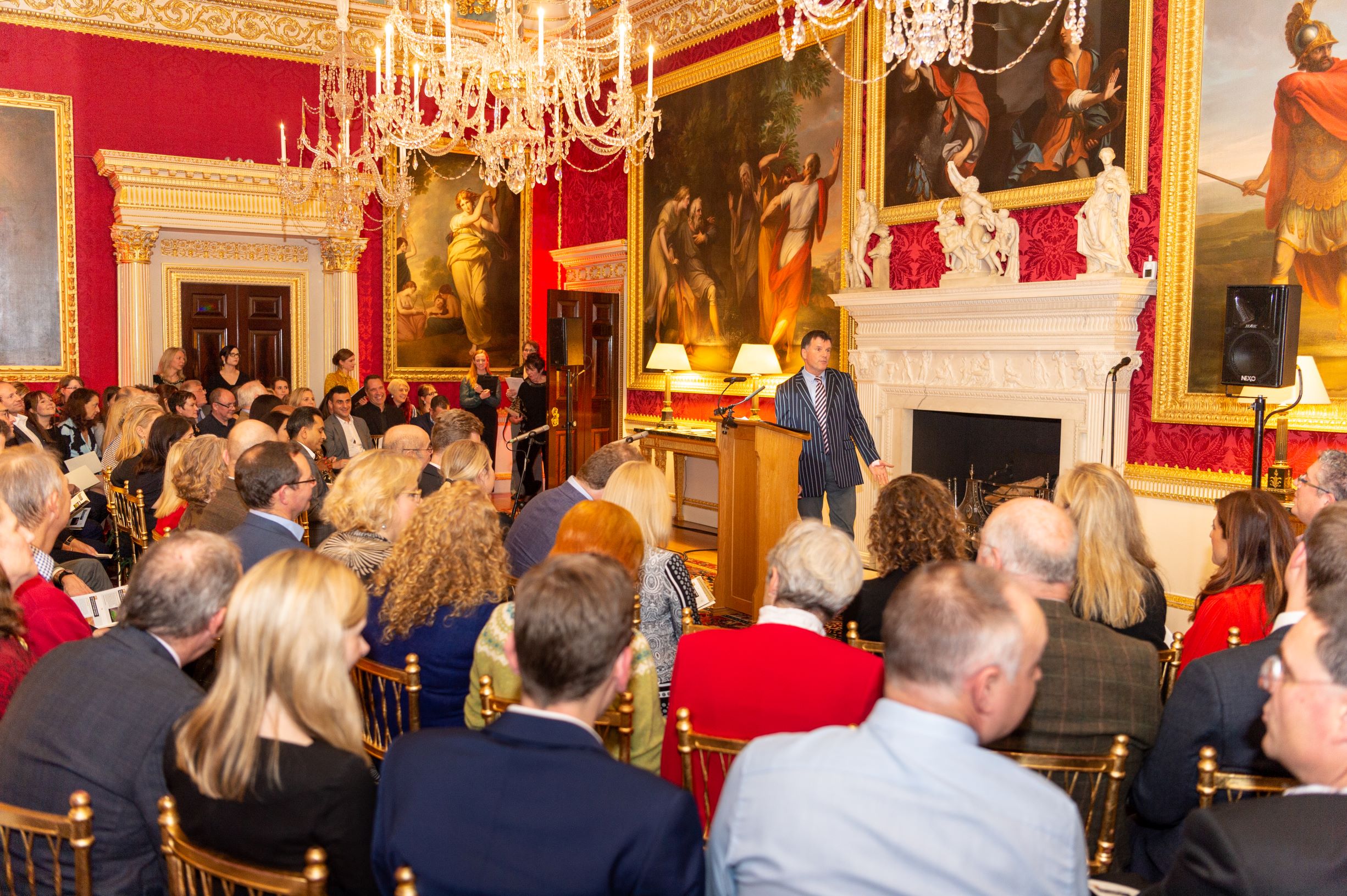 2018 was one of my most prolific Charity Auction years with pretty well every alternate weekend incorporating an event of some kind.  Mind you, the final week before the Christmas break was about the busiest I can remember.  The Monday saw me at the Lords Taverners ‘do’ held at The Crowne Plaza in Plymouth ‘doing’ their auction, they really do raise a spectacular amount of money.

Tuesday daytime was to the corresponding function at Sandy Park (the home of Exeter Chiefs) on the outskirts of Exeter, this is one of the Taverners biggest lunch events in the country. The hosts of my table, the lovely people at Whittons Auctioneers of Honiton, kindly let me leave at three o’clock and I caught a train up to London that arrived in Paddington at about half past six. A taxi then took me to Spencer House (more a Palace than a House !) in St James Place to quite the most fabulously decorated building (see the photo) where I conducted a Charity Auction on behalf of the Outward Bound Trust.  The auction was a great success with former England and Arsenal ‘keeper, David Seaman being a successful bidder on one of the lots. Then to top it off, Aled Jones took the stage and spoke a bit about his life thus far and then rather appropriately sung his festive icon, “Walking In The Air”.  During his ‘chat’ he remarked how a day doesn’t go by without someone hollering those three words at him from bus-tops, passing cars and scaffolding which can be a little wearing although in January when the royalties start coming in it doesn’t seem so much of a bind ! Then before 9am the next morning (Wednesday) I was on the train back to Devon to get back in time to do the final prep’ for our actual auction the very next day.