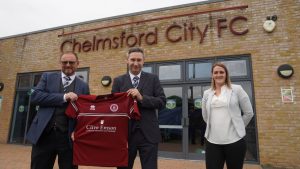 The Clive Emson Essex office are delighted to announce their continued partnership with Chelmsford City Football Club for the upcoming season.  Since the Essex office opened in 2015, we have put our support behind Chelmsford City and their efforts to progress up the non-league pyramid system towards the ultimate goal of league football. 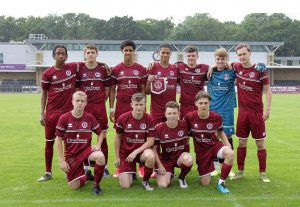 This year, however, we have taken our sponsorship to a new level by becoming the front of shirt sponsors for the Chelmsford City Academy.  It’s clear that the football club have a pathway of progression from Academy level through to the First Team and last season four of the Academy players made the First Team squad, Anisius Lewis, Reggie Gregory, Sam Kingston and Guy Norton.  In addition, the excellent coaching at the Academy is a great place to learn and also see the youngsters move on to a higher level of football and progress their careers. 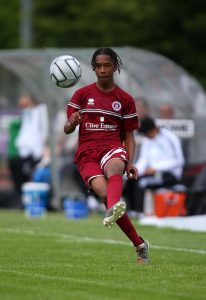 One name that stands out is Danny Imray who played for the Academy and the First Team and has now joined Premier League side Crystal Palace, where he has played in the Under 23 team and been training with the First Team. 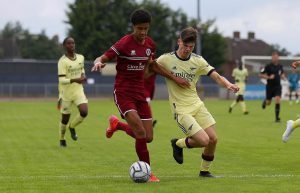 We are excited for this partnership with Chelmsford City Football Club and look forward to a good season ahead.  As a marker, the Academy played Arsenal Academy over the weekend in order to see the kind of levels they need to achieve to match a Premier League side Academy.  Whilst they lost 4-0 to Arsenal Academy, it was a great learning opportunity and sets a benchmark for the season ahead. 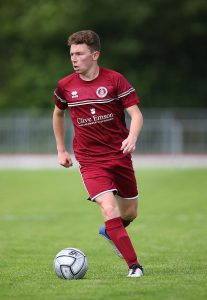