Very possibly the most interesting investment and development opportunity to come to the market for some while, comprising three elements, namely four flats at the eastern end of the Kinnerton Court development and four unformalised units plus an area of land with development potential (and perhaps of use in the event of discussions with the freeholders of Kinnerton Court), at the western end.

There are two styles of flats all having a hallway, bathroom, kitchen/living room and bedroom. Number 3 and Number 16 are the smaller type each with a single bedroom while Number 4 and Number 15 both have a double bedroom.

Of the two types referred to above, Numbers 28, 39 and 40 are the smaller units with Number 27 being a larger one. However, while the four units are built and formed, none of them have been fitted out for occupation nor do they have planning approval for residential use.

Each having the remainder of 99 years from 1985. Further details will be available within the legal documentation.

As well as communal grounds and facilities there are individual areas of walled outside space directly to the rear of all eight flats/units. Flats 3, 4, 15 and 16 together with Unit 27 have patio doors out from their kitchen/living rooms while Units 28, 39 and 40 have windows overlooking these areas. However, none of the outside spaces referred to belong to the respective flats/units, they are part of the freehold to Kinnerton Court.

The area extends to approximately 0.04 hectares (0.11 acres) and as the photograph shows is ostensibly level, lying directly to the side and front of Kinnerton Court.

In respect of residential use for the four units described above and any development of the land to the side this would be subject to all requisite consents being obtained.

By a Deed of Variation of Lease dated 27th August 1991 the sellers being the first owners of the flats and vacant units enjoy a concession in that Ground Rents are limited to £50 per property with no liability to Service Charges. On completion of the auction sale it is believed that all flats will revert to normal service charge liabilities for the development. The vacant units may be also liable subject to the interpretation of the Deed of Variation and bidders are advised to consider the terms of the Deed and information supplied by the Management Company which is available to download as legal documentation from the Clive Emson website. 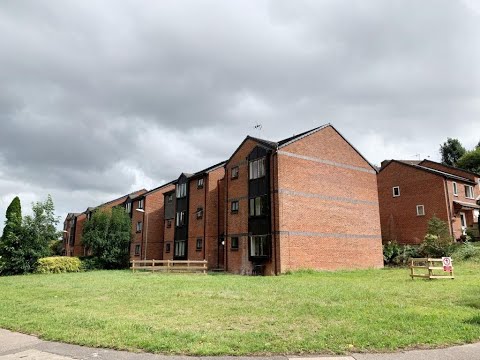