The yard/service area to the rear of the shops and flats may have scope to be more commercially productive through the sale or rent of parking spaces or perhaps from the addition of additional garaging, subject to all necessary consents being obtainable. Alternatively, if some or all of the existing garages (which are not included in this sale) could be acquired there may be scope for additional development in conjunction with part of the freehold title, again subject to all necessary consents being obtainable.

Let on an Assured Shorthold Tenancy Agreement for six months from 1st March 2017 at a current rental of £700 per calendar month.

Let on an Assured Shorthold Tenancy Agreement, for 12 months from 25th October 2019, at a current rental of £550 per calendar month.

Flats 3 and 4, 4B Highfield Parade

The area marked blue on our identification plan is excluded from the sale. 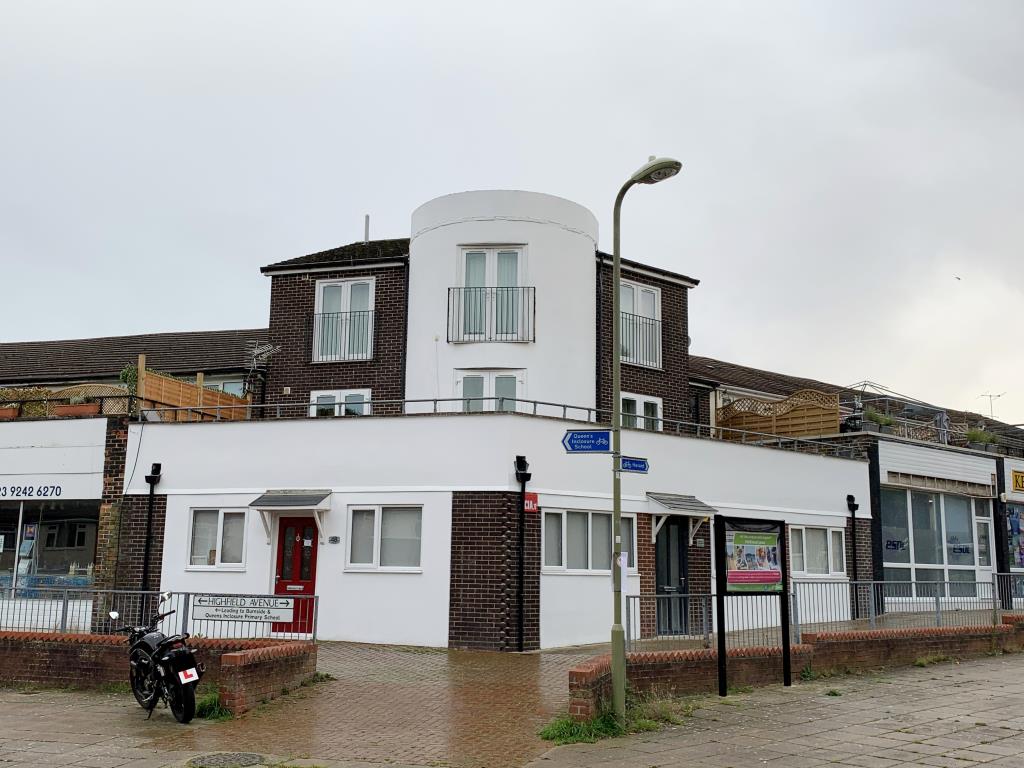